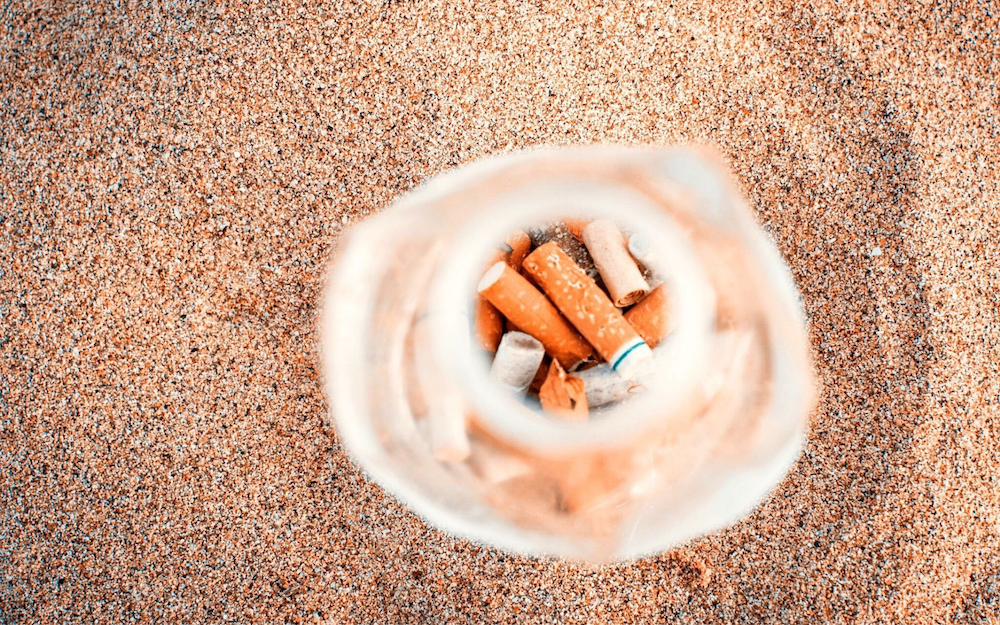 We got the call from Taylor Lane with The Cigarette Surfboard earlier this month asking for a tall order of 15,000 cigarette butts. They asked that these ciggy butts be removed from Oʻahu coastlines, and then shipped to California where the Ciggy Boys will turn them into boards just in time for winter.

The Cigarette Surfboard started off making their first board for a competition through Vissla and Surfrider Foundation. The goal was to make a surf-craft out of upcycled materials, and the Ciggy Boys saw this as an opportunity to raise awareness around ocean pollution--something surfers face on a daily basis. But they wanted to focus on a type of trash that would captivate surfers, environmentalists, and the everyday citizen. So, they decided on the most littered item in the world: cigarette butts.

After realizing their impact on the world, Taylor and Ben decided to make a full feature length film about the ciggy boards to tell the story of plastic pollution and creative solutions.

To get these boards ready for the winter, Taylor and Ben needed 15,000 butts by mid-October. So, we got the idea to do a ciggy butt contest right here on Oʻahu. For every 100 butts collected, the participant would receive one entry into a raffle to win a $250 giftcard from Vissla or Sisstr and a pair of Olukaiʻs. As soon as we launched the contest, our Instagram inbox was flooded with interest and the drop off bins started to pile up.

After 10 days and an overwhelming amount of support, we collected 14,205 cigarette butts from Oʻahu coastlines. That is 14,205 pieces of pollution that were removed and upcycled to be part of a creative solution. This just goes to show what we can accomplish as a community when we all focus on one common goal. Special congratulations to our two contest winners, Chris Zorbo and Liz Mau-Michaels!

This documentary is about surfers and non-surfers alike, voicing and participating in active change for a healthier ocean, by inspiring awareness and promoting solutions to protect the ocean. The film provides viewers an up-close experience of the ocean through surfersʻ eyes by highlighting the important role the ocean plays in our lives and on our planet--from the waves we surf to the air we breathe.

You can expect the film to feature the problem, building of the boards, and surfing. But mostly, the highlight of this film is the creative solutions. The Cigarette Surfboard started as just that--a creative solution to raise awareness and capture eyes around the globe. They hope that as the film ends, the movement will take hold and every viewer will be left with a better understanding of their place in the solution. To learn more about The Cigarette Surfboard, or to support their efforts, visit TheCigaretteSurfboard.com.