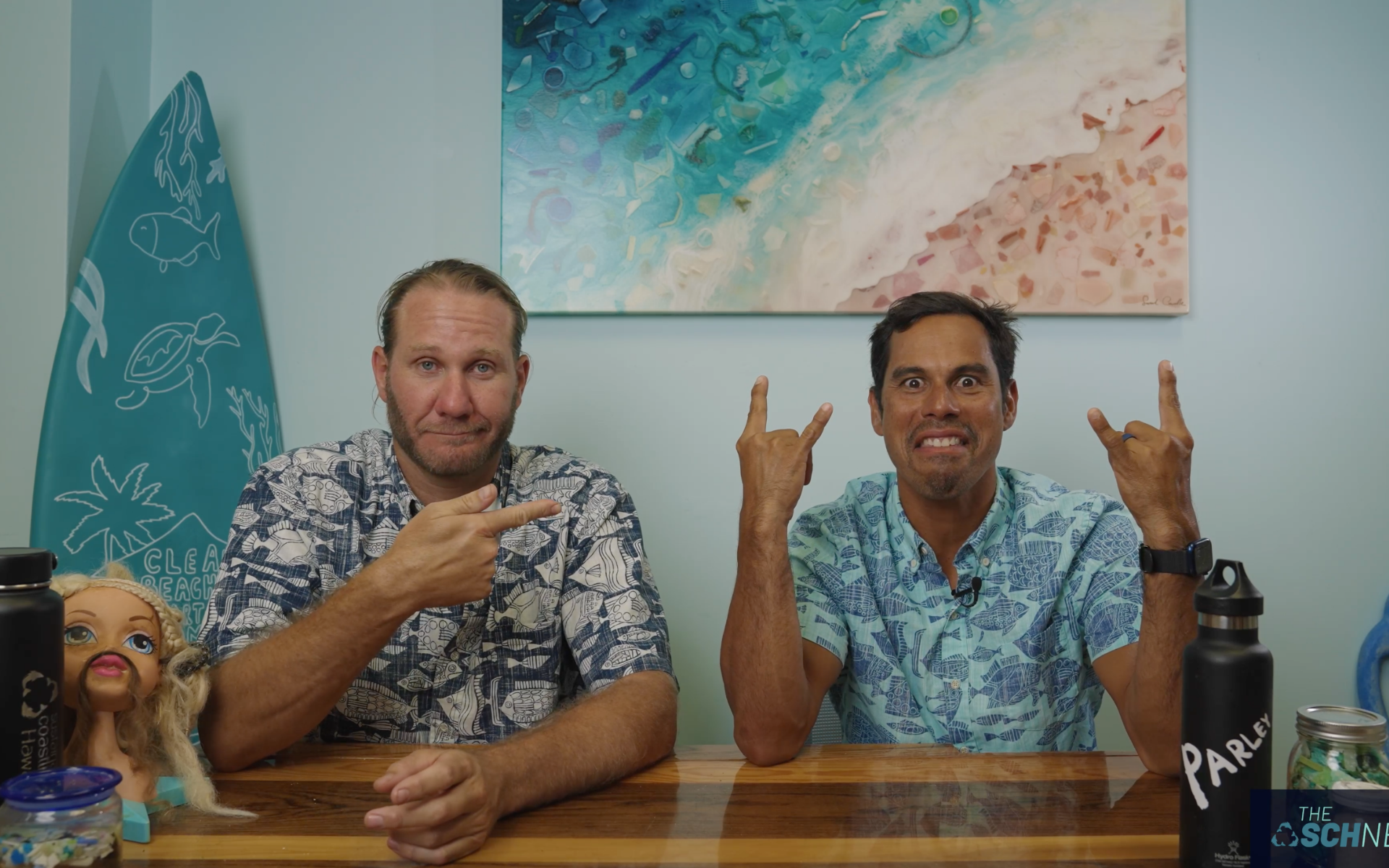 The SCHcoop is the newest segment in our YouTube series – The SCHnews. During this segment, weʻll be bringing you the latest environmental-related news and information that standard media isnʻt covering. Below are the resources that we referenced during The SCHcoop in Ep.2 part 1. Take a look to learn more!

Sri Lanka is facing one of the worst ecological disasters in history. On May 20th, a cargo ship caught fire off the Sri Lankan coast. The ship was carrying 25 tons of nitric acid, sodium hydroxide, and other chemicals, as well as 28 containers of raw materials used to make plastic products. Now, the ship's contents are washing ashore.

Our partner and sponsor, Parley For The Oceans, has a team on the scene along with the Sri Lankan government to try and remove the gnarly mess. To follow along with their work and learn where to donate to the mission, visit their website and follow along on their Instagram page.

According to Oxford Languages Dictionary, a nurdle is a very small pellet of plastic which serves as raw material in the manufacture of plastic products. At Sustainable Coastlines Hawaiʻi (SCH), we find these on the beach all the time during cleanups. They have rightfully coined the term zero-use plastics, as they have not been made into an actual plastic product before polluting the environment.

PLASTIC IS HEATING UP BEACHES

A new study revealed that plastic is changing the temperature of beaches. When plastic starts piling up, it begins to create an insulation layer – meaning it will drastically change the standard minimum and maximum temperatures. This is bad news for the wildlife that depend on these habitats, as it can create an unsuitable environment for them.

SCH core volunteer, Sarah-Jeanne Royer, discovered that plastic, when photodegrading, releases methane. Though the greenhouse gas emissions plastics contribute to the environment are small now, this could potentially cause big problems in the future.

PLASTIC BEING CONVERTED INTO VANILLA FLAVORING

Scientists are converting plastic bottles into vanilla flavoring using genetically engineered bacteria. The discovery is being framed as a solution; however, we have to be careful what “solutions” are being pushed onto us. The continued emphasis on recycling means that we will keep producing more and more plastic.

The Maldives is the first country to ban single-use plastics! Right now, individuals produce 6 pounds of plastic per day on average. After the ban goes into effect in 2023, it is projected that the number will reduce to a half a pound per day.

Shareholders of the nationʻs largest oil company elected two new board members by activist investors in an effort to steer the company towards cleaner energy. This campaign was led by a small hedge fund on Wall Street, and showcases how firms can press CEOʻs of big companies to focus on climate change.

The Biden administration aims to reverse former President Donald Trumpʻs decision surrounding oil drilling in Alaskaʻs Arctic National Wildlife Refuge. Pending environmental review, the new administration is suspending oil and gas leases in the refuge. This is a big win for wildlife and Native Tribes that would have been impacted.

To celebrate, we brought back our annual Town Cleanup after a short COVID-related hiatus. This year, we set up shop at three different locations in the Ala Wai Watershed – Kaimukī, Ala Wai, and Magic Island.

‍
We removed over 5000lbs of land-based debris with the help of over 500 volunteers. Of the 5000+ lbs, 42 lbs will be recycled by Bottles4College, and 760 lbs of metal will be recycled by Schnitzer Steel. To learn more about the cleanup, check out our full impact report.